Search
Home Home Decor 5 (un) Common Ways You Can Cool Your Home In Summer Without... 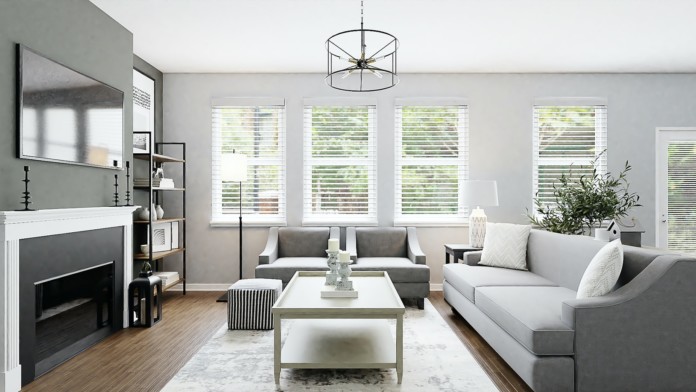 Of course, you can always consider an electric fan or tower fan, however, according to the US Energy Information Administration (EIA), cooling costs make up roughly half of your energy bill, especially if you’re using older appliances.

In traditional homes, home cooling is achieved with air conditioning, which sucks in hot outside air and pushes out cool inside air. While this system works well for most of the year, it can be a huge waste of energy when the weather is cooler. In addition to being wasteful, this also makes your already high bill even higher.

Here are five ways people around the world have solved this problem for centuries.

Coupled with cross ventilation, opening your windows provides a cooling breeze that can help keep rooms feeling comfortable even if the temperature outside is high.

Cross ventilation is a method of moving air through an enclosed space, typically seen in architecture to cool or ventilate buildings. Cross ventilation works by organizing both incoming and outgoing airflow from windows, doors, and other openings into a system that allows continuous circulation within the building.

A simple example would be opening windows on opposite sides of a room to create an updraft which blows cool air down from each window, giving occupants a cross-breeze.

Another way to use cross-ventilation is with air ducts installed in an open-floor house design. The air ducts are positioned under the floor to suck in cool air from the ground at one end of the room, and exhaust hot air at another end of the room. Cross-ventilation is also used for cooling buildings by using “cool tubes” that are made with insulated material to keep them cool during the summer for air to flow through the tubes.

Adding an awning or veranda to your house can provide shade and lower indoor temperatures by around 3°C, especially if you also use cross-ventilation.

3. Plant trees around your home

Planting trees takes time but has a positive effect on temperature in the long term. The trees will provide shade, and their roots can cool groundwater, making it easier to keep your house cool.

Trees are very efficient at cooling the surrounding air through a process known as transpiration. Transpiration is mostly due to the evaporation of water from their leaves. This can be easily seen by leaving a sweaty glass of water outside overnight – condensation will form on the outside of the glass, with the most noticeable droplets right above the leaves of the plant.

The same process happens with trees, except that they are constantly transpiring, not just when their leaves are wet. The water evaporates from their leaves, cools down and then makes its way to the ground below. There is a similar effect with human skin – sweat on our skin helps keep us cool by evaporation. The only difference with trees – they have leaves all over their surface, so transpiration has an even greater cooling effect.

This is called evapotranspiration, and it cools the surrounding area through latent heat transfer. This happens when water changes from vapor to liquid or solid at a certain temperature. It absorbs energy in the process, which is then released into the air or ground.

Transpiration has an extra cooling effect because of aerodynamics – as water evaporates from their leaves it forms a layer of cooler, moister air on the surface of the leaf. This layer is made of denser air than what’s above it, so it stays closer to the leaf. This cooler air reduces the temperature of the air closer to the leaf, which then provides a more tolerable microclimate for the plant.

Transpiration also increases humidity in its surroundings through evaporation. When water changes from a liquid to a gas it absorbs a lot of heat from its surroundings. The combination of absorbing heat and cooling down the surrounding air is what makes it so effective at reducing the temperature of its surroundings.

This also explains why water droplets form above trees in dry areas – there’s not enough liquid water in the ground to use up all of the latent heat that was absorbed by these droplets near the surface, and they end up falling as rain.

In most climates with sunny summers, homes are designed to minimize heat gain through windows and skylights that are perpendicular to the sun’s rays. However, this doesn’t work well for roofs because heat radiates down from above. The dark color on most roofs also absorbs the sun’s ultraviolet (UV) rays, making the roof even hotter.

Today, more reflective rooftops are being built to keep homes cooler in summer and reduce energy costs for heating and cooling. The material of new white roofs helps reflect incoming sunlight back into the atmosphere before it can heat up an attic or warm a living space below.

Since white roofs don’t absorb the sun’s heat, they stay cooler than traditional black or dark shingles. A cool roof helps keep a house cool in summer and helps prevent icing on hot surfaces like asphalt streets and parking lots.

For example, Brigham Young University (BYU) decided to make its rooftops white with white limestone gravel after engineers found that black-topped roofs on campus were heating up during the summer. Now, white rooftops at BYU absorb only about half as much heat as dark ones, reducing the average air conditioning load by 30%.

Therefore, in the heat of summer, a new roof can help keep your home cool.

PS – thinking of hiring a roofer? Be sure to check out this guide.

A well-placed (sunny) pond will act like a radiator, cooling the air around it. This works especially well in dry climates where other methods might not be possible or practical.

Best Ways To Revamp Your Kitchen

Easy tips for decorating your home on a budget

How to Make Your Home More Valuable: A Detailed Guide