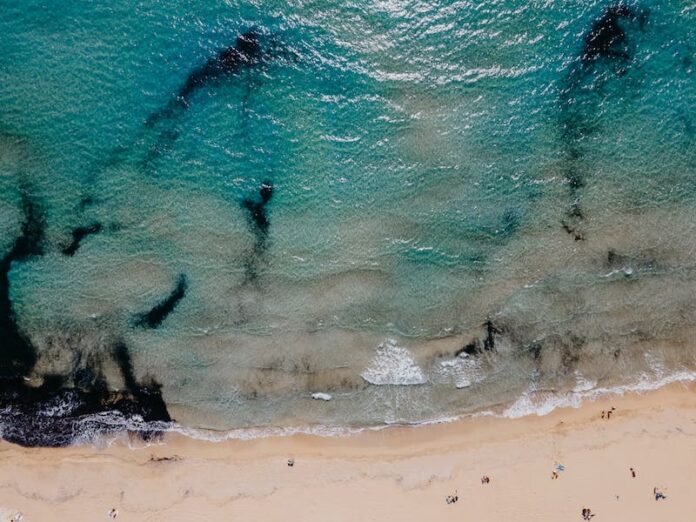 The Australian city of Sydney is famed for iconic attractions including the Sydney Harbour Bridge and the Sydney Opera House. However, if you pay a visit to the New South Wales capital yourself, you could earn yourself bragging rights by stumbling across local sites a little off the beaten track.

Here are several examples of appealing places you might not have known were in Sydney.

This can be a good choice of hidden gem to visit first after arriving in Sydney — as, if you enter Sydney Harbour on one of the Cunard cruises to the city, you can rest assured that this Sydney Harbour National Park beach will already be close by.

Wanderlust calls the beach “so secluded it’s only accessible by water”, adding: “You could attempt to reach Store Beach by scrambling over rocks at low tide but it’s much more fun to kayak.”

Another beach — this one situated between Turimetta Head and Narrabeen Head — is so secret you can actually only see it at low tide.

However, the beach’s large, flat rocks and rock pools can be especially exciting for kids. It is possible to reach Turimetta Beach from the Bicentennial Coastal Walk.

This 40-meter access route has been affectionately dubbed ‘the Manly wormhole’, a nickname acknowledging the tunnel’s location in the northern Sydney suburb of Manly.

This passage connects Queenscliff and Freshwater beaches, and you would be able to reach it by scrambling over rocks north of Manly Beach.

Time Out explains that this traditional Chinese teahouse is located “out the back of a convenience store on a humble strip mall in Bondi Junction, just beyond the usual rows of refrigerated soft drinks and snacks”.

The site notes that, as you enter the teahouse, “there is a perceptible change in the ambiance: the lighting softens, the noise of Oxford Street fades behind you, and a long wooden table beckons.”

Here’s some intriguing maritime history: on May 8, 1937, SS Minmi stuck Bare Island’s Cape Banks and broke in half — leading the 20-man crew, who had struggled to prevent the disaster because of rough seas and heavy fog — to abandon the ship.

Today, rusting pieces of Minmi’s hull can still be seen at Bare Island, which has found popularity with photographers as a result.

The ‘footpath of fame’

You might be well aware of the Hollywood Walk of Fame, the Los Angeles spot where thousands of big names from popular culture are commemorated along a footpath.

However, you might not have realized that Sydney started something similar back in 1983. Head behind the Pier One Hotel in the Rocks to check out this particular footpath.

This is located on the roof of an Inner West tower block and features planting boxes resplendent in finger limes, saltbush, sea figs and native raspberries.

The garden was founded by Christian Hampson in 2018 and, though free to visit, can only be accessed through a private tour.