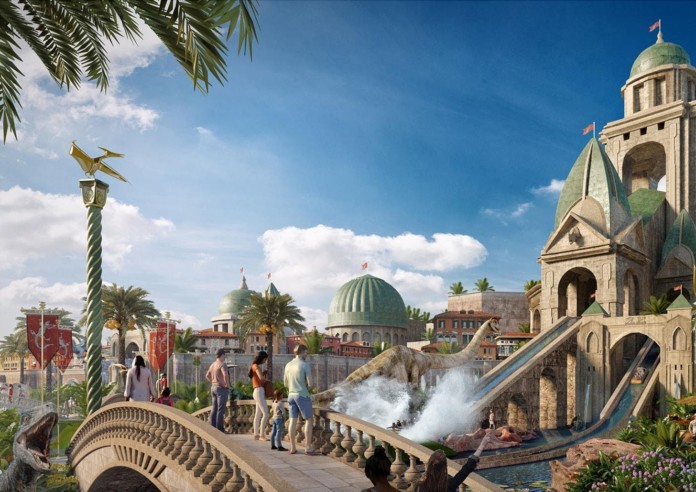 For the Al Humaidi Family, however, Kuwait will always be home. It’s where the family originates from and where the late Hamad Al Humaidi began the family’s earliest business activities in the 1940s.

When his daughter, Souad Al Humaidi, took over following Hamad’s retirement, she quickly became one of Kuwait’s first and most successful female entrepreneurs. She oversaw the expansion of the family business not only within Kuwait but also, for the first time, internationally.

Business and entrepreneurship have very much become a tradition for the Al Humaidi Family of Kuwait. With the passing of Saoud in 2017, Dr. Abdulla Al Humaidi became the de facto head of the family and now oversees its business interests.

It wasn’t until Abdulla Al Humaidi began playing a bigger role in the Al Humaidi Family of Kuwait’s business that operations on an international scale really began to take off.

While most of the family’s investments are still located in Kuwait, with a growing number in the United Kingdom, the Al Humaidi Family Kuwait is pursuing rapid and aggressive international growth.

KEH Group has locations in Hong Kong, Dublin, Dubai, Cairo, London, and Kuwait. Unlike many other investors, however, the Al Humaidi Family Kuwait doesn’t take a gung-ho approach to international expansion. Instead, they enter new markets with caution and lean on local expertise to establish the strongest possible foundations. It’s this attitude that makes KEH Group’s international efforts a success: Rather than expanding too quickly in the pursuit of quick growth, the family takes a more careful and measured approach.

One of the Al Humaidi Family Kuwait’s most famous international projects is its ‘London Resort’. It’s one of the most ambitious theme park developments ever seen in Europe that will reportedly cost US$3.6 billion to build. It should therefore come as no surprise that it has attracted a flurry of interest from businesses and consumers alike.

Estimates say that the London Resort will be one of the UK’s largest single-site employers (i.e., where all employees work at the same place) and contribute massively to the UK economy, including:

London Resort Holdings Company (LRHC), the company owned by the Al Humaidi Family of Kuwait that’s responsible for developing the London Resort, recently announced on its website the first businesses chosen to partner with LRHC and KEH Group on the project.

Three British firms, Electrosonic, Garmendale, and Katapult, have been unveiled as the first businesses to be chosen by The London Resort to help create the UK’s first, next-generation theme park, it was announced in early October.

It was also announced that 65 other businesses, half of which are from the United Kingdom, had been shortlisted as potential candidates who may be called upon in the future.

Almost 2,000 businesses from across the UK and Europe registered their interest in less than a month to help deliver the world-class resort. This shows a clear appetite within the business community to bring the project to life despite initial skepticism from UK media and setbacks for the project.

“That so many businesses have registered to be part of the procurement process demonstrates the value the London Resort will bring to the southeast, and the country as a whole,” said Tim Aker, Development Manager at the Kent and Medway Federation of Small Businesses.

According to official figures, almost 90% of these registrations came from small-and-medium-sized enterprises and 30% came from Kent and Essex, the areas closest to where the London Resort will be built.

Around one-third of registrations came from construction firms with the remaining two-thirds coming from retail, food and drink, creative, security, engineering, logistics, and entertainment businesses.

“We are delighted with the response. It’s incredibly inspiring to see the range of businesses that share our vision to create one of the most exciting, sustainable entertainment destinations in the world,” said Andy Martin, Strategy and Communications Director for the London Resort

Al Humaidi Family of Kuwait’s Resort Will Launch in 2024

More recently, the theme park’s CEO PY Gerbeau has confirmed that development is set to continue with a goal of opening the park in 2024. Under the current plans, construction will begin in 2022 for the London Resort on Kent’s Swanscombe Peninsula, which when complete will approximately be the size of 136 Wembley Stadiums.

The hotly-anticipated resort will feature a huge theme park with plenty of rollercoasters and themed lands. Other features of the park will include themed restaurants, a 4D motion-based ride, an on-site hotel, music venue, ‘English market’, and an eSports arena. The London Resort has also signed a deal with Paramount Pictures, and both BBC and ITV Studios are rumored to be partnered with the developers.

While the London Resort has faced some severe hurdles along the way, not least due to the COVID-19 pandemic and the recent designation of the Swanscombe Peninsula as a ‘Site of Special Scientific Interest’ (SSSI) by Natural England, development is still set to go ahead. Speaking of Natural England’s designation of the site as an SSSI, Gerbeau said that “subtle changes” would be made to the project’s green infrastructure strategy to account for this.

In an open letter to Natural England, Gerbeau said that designating the site as an SSSI was an “erroneous” decision but noted that the London Resort would work with them “to agree how we avoid or mitigate impacts upon the features of the SSSI, and other features of biodiversity interest present, and how we compensate for those impacts which cannot be avoided or mitigated”.

This is not the first time that Gerbeau has spoken out about the future of the London Resort. Earlier this year while speaking at the blooloop V-Expo he said, “to all the naysayers and doom-mongers, the London Resort is going ahead, as planned”.

Gerbeau is also very keen to point out that businesses are still able to register their interest in becoming a partner of the resort.

“To all businesses who believe they can play a part in creating a world of unique experiences, I encourage you to go to our website now, register your details and together we will create our footnote in history,” he said in a recent press release but added that the London Resort will only work with “the best of the best” businesses.

A Major Milestone for the Kuwait Al Humaidi Family

Although the London Resort will be smaller in size than Disneyland Paris, there is still plenty of potential for it to have a much bigger impact; it is by far the Al Humaidi Family of Kuwait’s biggest project to date.

By creating the London Resort, the Kuwait Al Humaidi Family hopes to further cement its image as a serious player in the European entertainment market. The Al Humaidi Family also hopes to benefit from the rapidly growing London tourism market and deliver a quality experience to visitors at the same time.