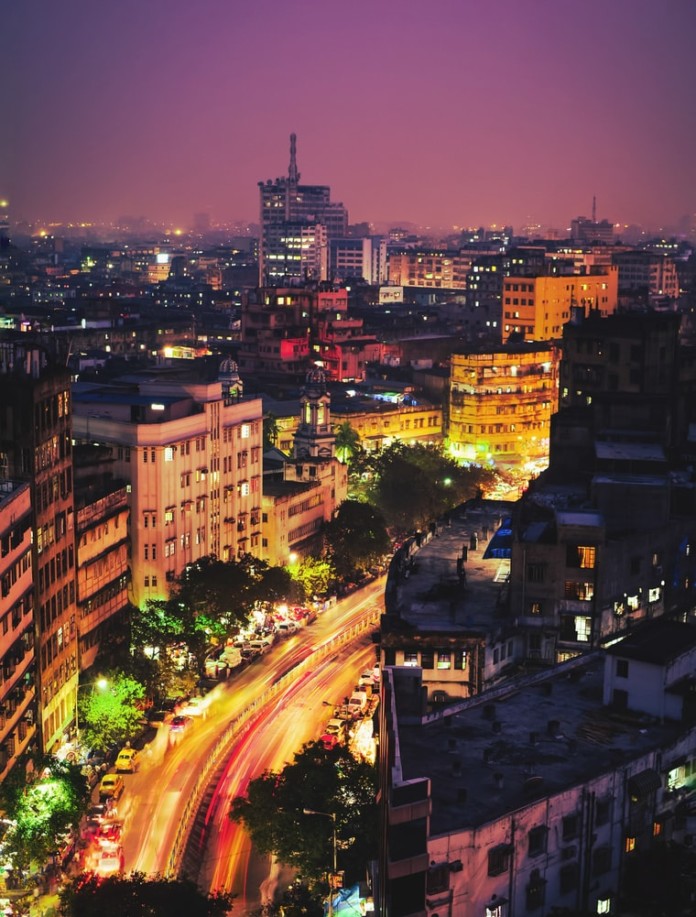 Kolkata is one of India’s oldest cities, famous for its deep-rooted culture and historical significance. This historic city, which is located on the banks of the Hooghly River, was previously known as ‘Calcutta.’ The city has been dubbed the “Cultural Capital of India,” “the City of Processions,” and “City of Joy” due to its historical significance. Kolkata is the capital of the Indian state of West Bengal and the country’s capital until 1911. The metropolis is known for two things: one, as a “Communist stronghold,” and the other, as a “Cricket Mecca.” Many well-known people were born in Kolkata, including Rabindranath Tagore (the finest) and Satyajit Ray (the Bharat Ratan). Mother Teresa breathed her last breath in this city. Hence it holds special significance for Catholics and other communities. As you move about the city, you will see architectural structures that reflect India’s past and present.

Fort William, Victoria Memorial, Eden Gardens (Stadium), Birla Planetarium, Howrah Bridge, Marble Palace, Writer’s Building, Nicco Park, Saheed Minar, and National Library are just a few of the stunning and majestic attractions in Kolkata. Kolkata is known for its mouthwatering cuisine and gracious friendliness, in addition to its interests. If you enjoy shopping, there are numerous marketplaces where you may purchase traditional items. In India and around the world, the fish market along the lovely Hooghly River is well-known. A trip to the city during Durga Puja would add to your pleasure. You can also book your Dubai to Kolkata flight. The months of October to March are considered the most acceptable months to visit the city because the weather remains good during this time. As one of India’s largest cities, Kolkata is well connected to the rest of the world.

Near the Netaji Subhash Chandra Bose International Airport, there are several exciting places to explore.

Dakshineswar Kali Temple is located on the banks of the Hooghly River and offers picturesque excursions and boat excursions. It is about 20 minutes from the airport.

Eco Park — a 20-minute drive from the airport, tourists will find themselves in an urban sanctuary with wetlands, grasslands, walking routes, and colorful gardens.

There are several options for getting to and from the Kolkata Airport. Passengers visiting Kolkata for the first time might use these transportation recommendations and inquire about airport shuttle services at hotels.

Bus – using the bus is both inexpensive and simple. Air-conditioned buses run from the airport, connecting visitors to dozens of locations throughout the city.

Taxi – the easiest and most expensive method to go from the airport to the city center is to take a cab. The journey takes just under an hour, and for first-timers, a prepaid cab (yellow cab) is highly advised.

Train: For travelers staying in the Dum Dum neighborhood, taking the train from the airport’s Biman Bandar Metro Station to Dum Dum Cantonment Station is a great way to get around.

Facilities at the Airport

The Kolkata airport, shaped like an L and has six stories, has more than 30 eateries and eating establishments and roughly 20 boutiques and duty-free shops. While at the airport, guests have access to free Wi-Fi, vending machines, and first-class lounges.

This modern deluxe hotel is situated in New Town, one of Kolkata’s newest and fastest-growing neighborhoods. Swissotel Kolkata is located just three kilometers from the Netaji Subhas Chandra Bose International Airport and adjacent to Salt Lake and the famed City Center Mall. With four restaurants and a bar, the Swissotel is famed for its award-winning gastronomy. Guests can enjoy the well-equipped fitness center and spa, which offers various therapies to help them relax and rejuvenate. The hotel’s distinctive rooftop pool has a 180-degree view of the city. Business travelers will love the 1,292 square meters of meeting space with cutting-edge conference technology. The Swissotel Kolkata is arguably one of the greatest in the city, with a wide variety of leisure and business services.

Holiday Inn Kolkata Airport, located in the picturesque Rajarhat neighborhood, commands a commanding position in Kolkata’s commercial and commercial district. Guests will have easy access to everything the vibrant city has to offer from here. The hotel’s ideal location allows guests to access the city’s must-see attractions easily.

Holiday Inn Kolkata Airport is dedicated to making your stay as comfortable as possible by providing exceptional services and a wide selection of amenities. This hotel has a variety of on-site amenities to please even the most discerning visitor.

To offer an unrivaled sense of relaxation, all guest suites provide thoughtful amenities. Furthermore, the hotel’s extensive recreational facilities ensure that you will have much to do during your visit. At the Holiday Inn Kolkata Airport, you’ll find unrivaled service and the primary address.

Howard Johnson Kolkata, located in the Rajarhat neighborhood, is an excellent starting place for your Kolkata excursions. Guests may take advantage of everything the vibrant city has to offer from here. The property’s ideal location provides easy access to the city’s must-see attractions.

Every effort is made to ensure that guests are at ease. To that end, the hotel offers the highest level of services and amenities. The property’s top features include 24-hour security.

There are 90 rooms to select from, all of which convey a sense of utter calm and serenity. You’ll have enough to do throughout your visit, thanks to the property’s numerous recreational amenities. Whatever your reason for visiting Kolkata, Howard Johnson Kolkata is a great place to stay.

Planning a Road Trip to Hungary: What You Should Know Before You Go

Holiday ideas on a student budget