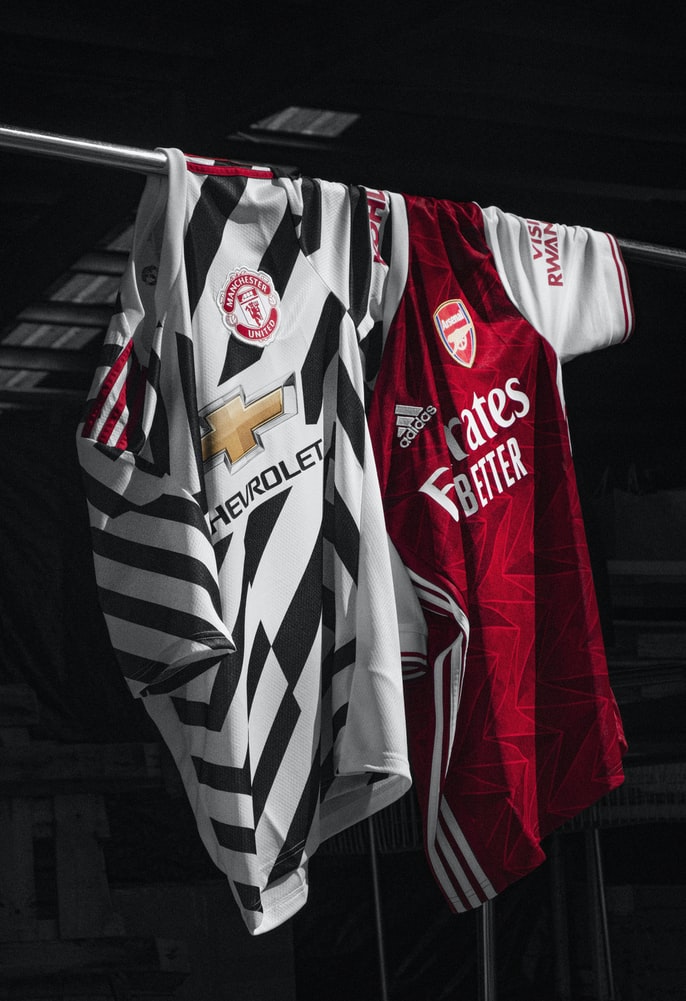 Retro football kits are quite a popular collector’s item, and there is an entire secondary market for buying, selling, and even verifying retro football gear like other high-value items. While many of them are simple shirts and shorts that are not too special, it is still a market that is worth getting into as a football fan.

Like all football teams, Manchester United has a huge, diverse population of fans. Some are only there to watch the game or root for their favorite players, but others want to take things a step further and buy a legitimate retro Man Utd. Shirt from their favorite year or championship.

Buying any kind of football shirt is easier than you might think. If you want a genuine shirt from that year rather than a modern re-creation or replica, then it is easy to find websites and markets that offer to sell them. However, you should always understand what kind of kit, shirt, or shorts you want before you commit to buying something.

Remember that a genuine shirt does not have to be one that was worn by an actual player: most of the time, they are the versions owned by fans. However, most teams change their kit every one or two years, and that means that there are a lot of older versions out there to buy, sell, and trade.

Which ones should I choose?

A big part of getting retro Manchester United shirts is choosing one that has some kind of value to you. While older shirts might be more valuable since they are harder to find (and often more worn out, making their numbers very limited), many people focus on kits that have some kind of meaning to them specifically.

For example, somebody might decide to get a kit from the year that they started watching and supporting the team or one from the year that Manchester United had a particularly solid win rate. They might also end up choosing a kit related to a certain event, championship, or even the first kit that their favorite player wore when they joined the team.

Finding retro Manchester United football shirts and shorts is not as hard as you might think. There are dozens of sites out there that list each kit by the year they were used (as well as whether they were home, away, or goalkeeper kits), which can help you tell similar designs apart.

While some Manchester United kits are radically different from one another, others are very similar, with only a different logo or a slightly tweaked collar, making them stand out. For people who are very particular about getting the correct kit, looking up a proper list of designs can help a lot.

Where can I buy them?

If you want to buy a Man Utd retro shirt, then it is important to know where you should be buying them from. The market for these kits has expanded far enough to end up with some fakes hidden amongst the real articles of clothing, and not all sites have ways to check that the kits are genuine.

It is a good idea to avoid generic marketplaces like eBay unless you absolutely can’t find your preferred kit anywhere else – fakes are a very common problem there, and even if they are not fakes, they can still have defects or issues that were not apparent in the images and item description.

It is far better to try and find sites that are specifically meant for buying and selling retro football gear since they are far better at offering proper checks, accurate descriptions, and easier ways to know what you are buying. They are also mostly used by other football enthusiasts, rather than people who are just re-selling a shirt that they do not know the value or niche details of.

How much do these kits cost?

The price of retro Manchester United shirts and shorts can vary heavily since it depends on their rarity and how desirable they are. For many, the price can average at around $40 for a genuine kit from a few years ago, but there are some that go far lower and others that shoot much higher.

A good example of this is a kit from the mid-2000s or earlier that has a famous player’s name and number on the back. The age makes it a very valuable collector’s item, but the name and number push it even higher. Combine that with the low number of them in existence (and how many might have been lost or destroyed), and they might reach as high as over $200.

For serious collector’s items, you will have to shell out quite a lot of money, but if you are just looking for any kit, then you will have a lot of options available. More recent kits, training kits, and other shirts that are not tied to a major event or player can be fairly cheap, some as low as around $20 for a genuine piece of history.

Could I get scammed?

Proper kit-selling sites often take measures to prevent scams and replicas, and you can usually identify fakes based on key details that they are missing out. It is not easy for somebody to create a fake version of an older kit, especially if it was made with materials that the scammer might not have available.

Always look at the listing of an item before buying it, especially on more generic sites like eBay, if you decide to risk shopping there. A lot of the time, these shirts are being put up by people who just want money, and that can lead to faked details, images that are not accurate, or even completely mismatched information.

As long as you are smart, you can generally completely avoid scams and fakes, but it helps to use safer sites anyway. A site that is designed for selling football kits will inevitably have more users that understand what they are selling. The more accurate all of the information is (especially details relating to damage or worn-out materials), the more satisfied you will be with your purchase.