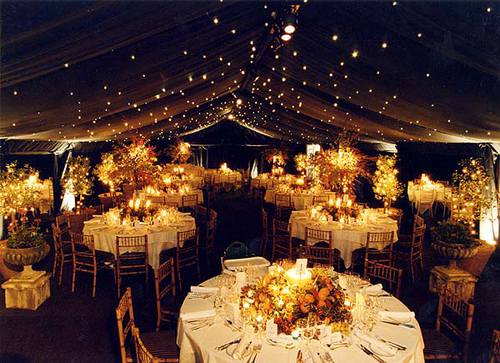 Today the average wedding costs over $20,000! That’s nothing when you compare it to the most lavish and elegant weddings of today. Let’s examine the most elaborate and expensive weddings of all time, ranging from royal affairs to celebrity bashes.

When adjusted for inflation the wedding of royals Princess Diana and Prince Charles of Wales racked up a whopping $110 million when they tied the knot. It truly was the wedding of the century on July 29, 1981. Di’s dress was estimated to cost over $13,000. However the largest expense of the day was security and crowd control – about $600,000. They exchanged their tungsten wedding bands among a crowd of thousands in front of millions of viewers across the world.

A meager $34 million was spent to celebrate the union of Kate Middleton and Prince William. Thousands of police offers, security personal and private motorcades were required for this epic event. The wedding ring set William back $11,000 along with the engagement ring Princess Di wore (valued at around $1 million). The wedding gown rivals any other at $434,000 designed by Sophie Cranston. The bride’s parents are said to have purchased the dress for the bride plus additional outfits she wore to the receptions. Overall the elegant affair was one that tips the top of the scales.

When Kim and Kris Humphries married it was estimated the couple spent $10 million on their wedding. The cake alone was reported to set them back $10,000. Did they indeed pay for the wedding? The couple was rumored to have actually profited of their wedding, not having it cost them a red cent.

The lavish nuptials of rapper Kanye West and Kim Kardashian couldn’t be out done by the nuptials a few years prior to Humphries. At $12 million the wedding included costs for hotels, private jets, 7ft vanilla and berry cake, private bachelorette and bachelor parties and a private serenade by Lana Del Rey.

Business Tycoon Nayar scooped up Elizabeth Hurley, promising her an elegant wedding and boy did she get it. An estimated $2.5 million was spent on the ceremonies which were held in an English Castle, followed by a wedding week long celebration and a Hindu ceremony in Nayar’s hometown of Jodhpur, India. Unfortunately this couple has since divorced but their guests will forever remember their magical day.

The lavish nuptials of today’s brides and grooms feature private musical appearances, lavish receptions, extraordinary cakes and amazing wedding rings. What elements of the recent celeb and royal weddings will you use in your upcoming nuptials? Share with us in the comments below!

5 Prints To Wear This Wedding Season

What are the Benefits of a Wedding Dance?

Unique Wedding Venue Decor Ideas That Will Impress Your Guests