Which NFL Teams Have the Priciest â€œReal Estate?â€ 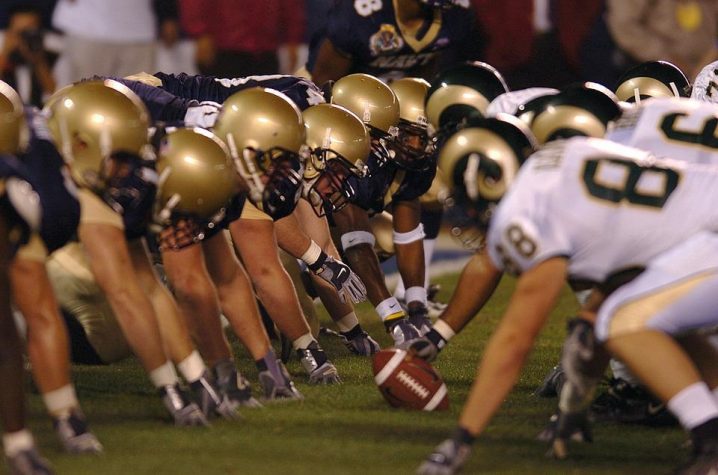 The National Football League (NFL) season is underway, and some fans may or may not be happy with their teamâ€™s performance. The New England Patriots have seemed to come back from an unfortunate start, while the Los Angeles Rams are undefeated so far. The Arizona Cardinals sadly arenâ€™t performing well at all, and others, like the San Francisco 49ers, have experienced unfortunate injuries. Most fans will be loyal no matter what, but of course each one would prefer that their team has a successful season.

Regardless of where a fanâ€™s team falls on this spectrum of success, theyâ€™ll likely enjoy a new set of artwork focused around NFL stadiums. A designer created imagined â€˜home for saleâ€™ listings for NFL stadiums across the United States. The set of infographics focuses on the eight NFL division-winning teams from last season, but each also features nods to other non-champion teams in the form of â€œsimilar listingsâ€ at the bottom. All in all, it presents the stadiums in a fun way that hasnâ€™t been done before.

All of the fictional â€œhome listingsâ€ also show an imagined asking price for each of the stadiums. As it reads in the report, they â€œdecided to boil [the] asking prices down to a simple formula: total square footage times the price per square foot for local real estate near the stadium sites.â€ The average price per square foot near the Philadelphia Eaglesâ€™ stadium is $143, so at 1,700,000 square feet the â€œasking priceâ€ of Lincoln Financial Field comes to $243,100,000. Even though this is in the millions, itâ€™s actually one of the cheapest â€œhousesâ€ on the list.

The infographics donâ€™t stop at existing and operating stadiums, even. One of the featured fields is the Los Angeles Chargers / Rams stadium that is currently under construction and not slated to open until 2020. Still, the known attributes of the stadium were used to put together the fictional listing for it. In fact, the asking price was calculated at $1,455,000,000 â€” one of the highest in the entire set (due to the sky-high cost of real estate in Los Angeles).

Below are the eight featured NFL stadiums, listed with their fictional home â€œasking priceâ€ from most to least expensive:

Interestingly, the Los Angeles Chargers and Los Angeles Rams arenâ€™t the most expensive team for fans when it comes to attending a game â€” the New England Patriots â€œwinâ€ that prize. Still, the price of real estate for fans in the Los Angeles area probably balances the scale on costs for them.

Below are two of the featured fictional listings from the analysis. After looking at all of these, most fans will probably be searching for the next time they can visit their favoriteâ€™s â€œopen house.â€ 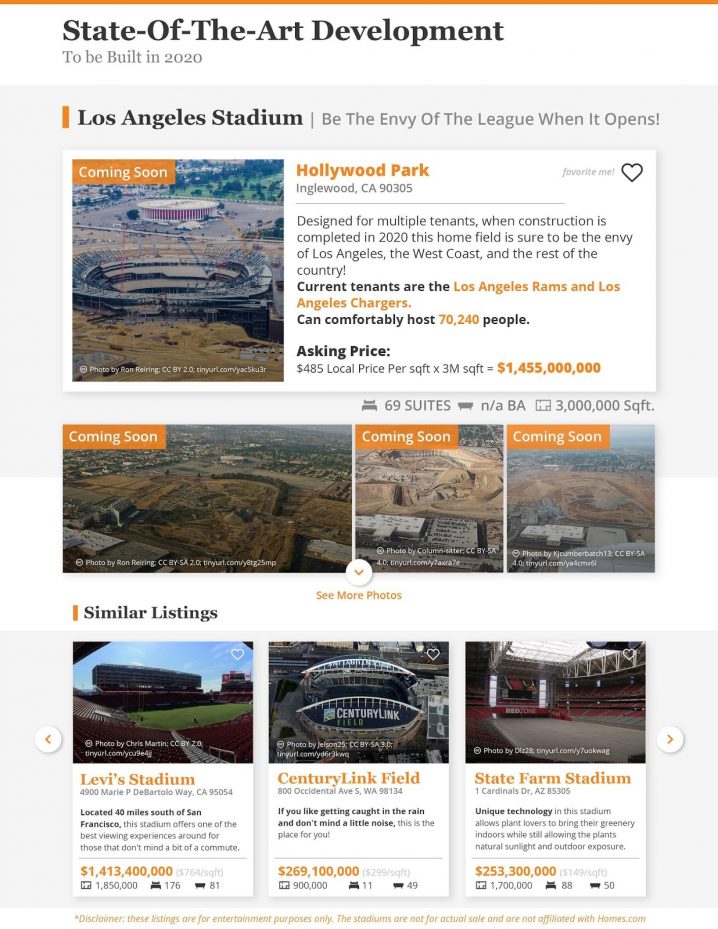 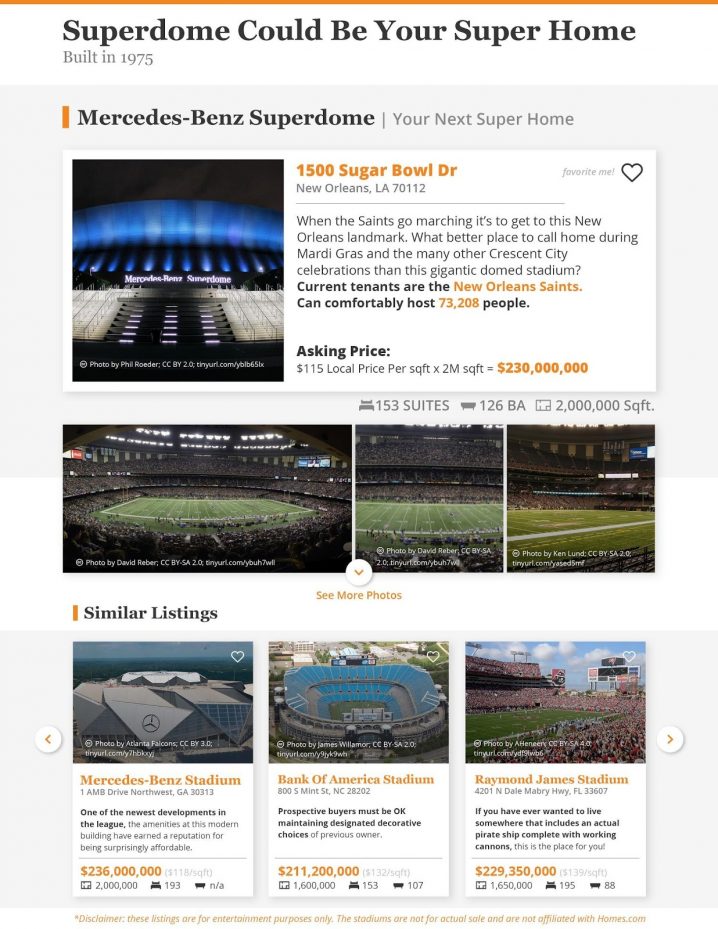