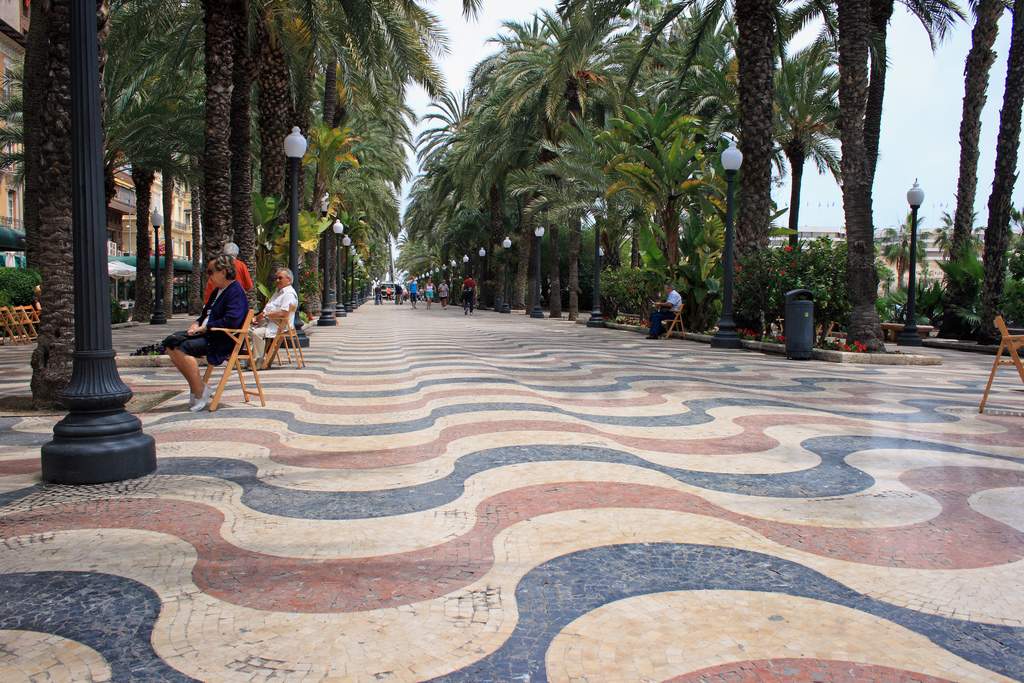 Attractive and dynamic, Alicante is blessed with an imposing castle, a quaint old quarter and a long waterfront. Youâ€™re never short of somewhere to eat, and on the night time youâ€™ll find the city springs into even greater life than it does in the daytime. Looking for somewhere to explore and enjoy adventure in equal measures, take yourself a plane and grab one of the first flights to Alicante you can. Itâ€™s waiting for you.

Lined with beautiful palm trees and displaying an elegant marble paving with a wave effect mosaic, this bustling boulevard is full of atmosphere and is one of the liveliest parts of Alicante. In the summertime, you can catch a range of live events such as concerts. You can even see a puppet show there! With a choice of restaurants and cafes on one side and nightclubs on the other, exploring the boulevard is as pleasurable by night as it is by day. 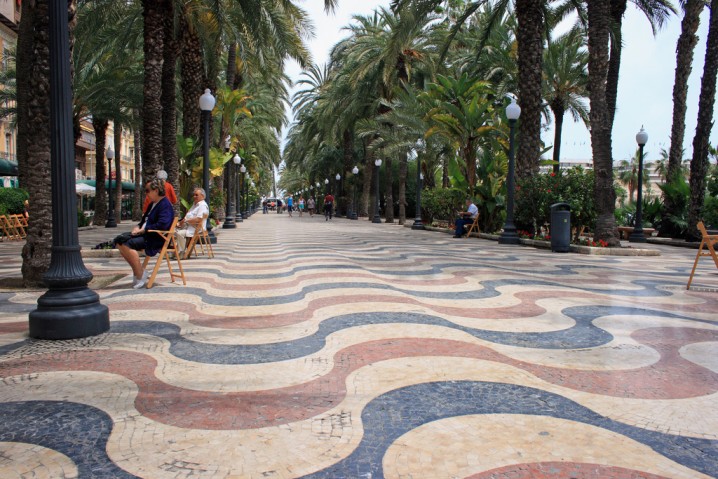 Situated some 166 metres above sea levelÂ  atop Benacantil Mountain, this medieval fortress provides you with a view of almost the entire bay of Alicante. With its cannons, dungeons, palace and a moat, itâ€™s every inch the fortress and makes for a fantastic photo, so get snapping! If all the exploration gets too much, you can take some respite from the heat under the pine trees and cool down with some refreshments at either of the cafes there. 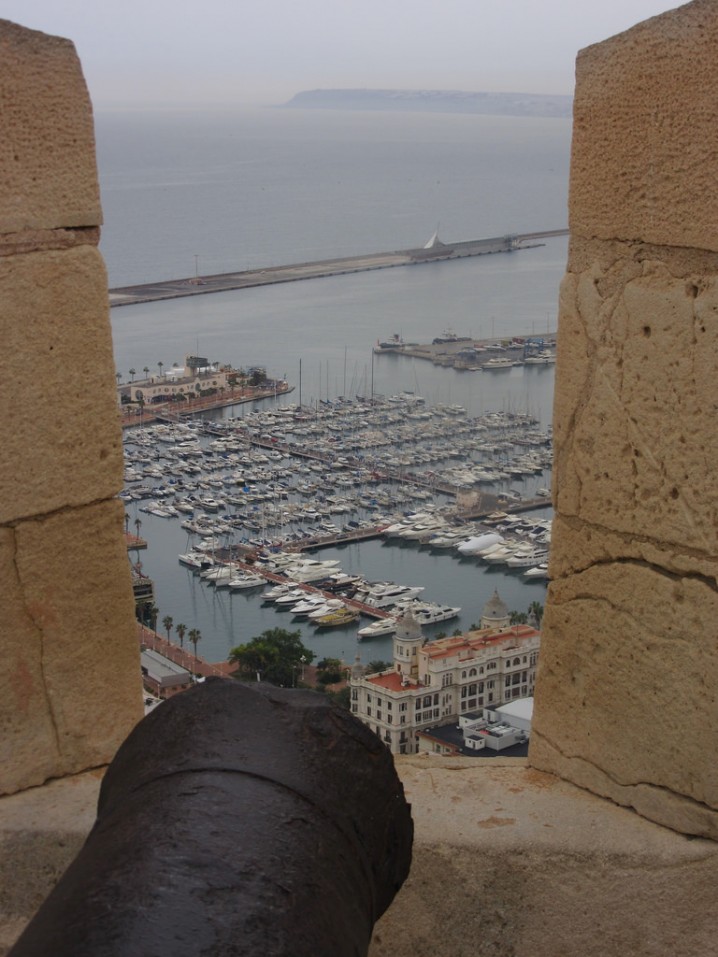 Located in the Plaza de Abad Penalva, this mesmerising cathedral was actually built over an ancient mosque, way back in the 17th century. The cathedral stands out for its blue dome which is 45 metres high. Of note also is the Holy Communion. As an example of Spanish Baroque, they donâ€™t come much better than this!

This historic neighbourhood in Alicante is one of the most enjoyable places in the city to relax with a nice cold beer or a cup of coffee. The neighbourhood has benefited from a major investment by the authorities, restoring it to its former splendour. The houses are brightly coloured and the architecture is picturesque. It all adds to the warm-hearted atmosphere of the neighbourhood.

El Clot de Galvany is a beautiful natural space in Alicante province. Situated in Elche and protected by the local council, the park is home to an array of flora and fauna such as squacco herons and white-headed ducks. Salt marshes, ponds and greenery instil the park with a real sense of tranquillity. This is definitely the place to appreciate some natural beauty.

Donâ€™t forget the sun shines in Alicante, providing you with a warm setting for your holiday. Thereâ€™s fun galore to be had, not to mention the chance to appreciate some fine architecture and revel in some of the quaintness of the Alicante streets and the general way of life. Time spent in Alicante is certainly not time wasted. In fact, youâ€™ll be itching to return and soak up some of the Alicante vibe!

Images by chillihead and Akuppa, used under Creative Commons license

7 beautiful hidden places for you to look for in Sydney