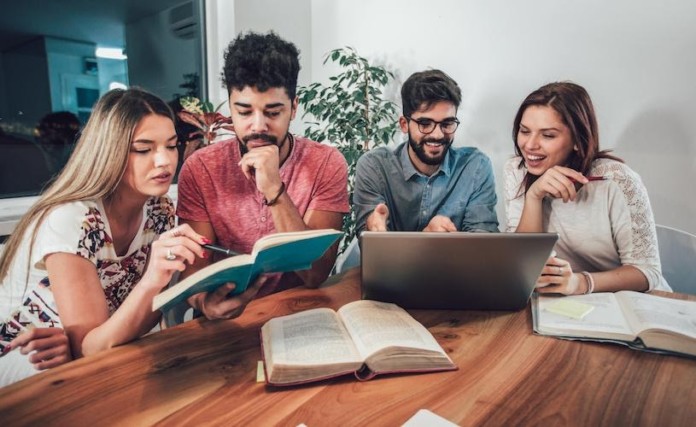 How can I study for an exam in such a way that the information is retained in my memory for a long time and not forgotten the next day? Students, as well as psychologists, educators, and cognitivists, are interested in this topic. Furthermore, they are actively seeking answers and have demonstrated various effective learning methodologies to date. We’ll go over repeating as an important aspect of efficient learning in this article. Let’s start with the basics.

Training and repeating at regular intervals are more successful than memorizing all of the material at once. The majority of studies that demonstrate the efficiency of repeating compare two groups of students. The first group teaches all of the content at once and does not review it until the final exam, whereas the second group reviews what has been taught over time. The results of individuals who repeated the test are always better in the end.

What Is the Importance of Repeating?

The connections between brain cells and neurons form memory. You instantly remembered a prom event, for example. The brain connections responsible for this memory will then be reinforced, making it easier for you to remember this event in the future. Consider that your classmate remembers the same prom, but it was for a different occasion. Other neural connections in his brain are to blame for this occurrence. And if you and a classmate happen to run into one other, you’ll discover that you have different memories of the same prom.

It is also possible to “delete” training materials. This material will progressively fade from memory if you do not repeat it and reinforce the associated connections in your brain. Remembering is a process as well as an action. It’s a dynamic process that’s highly susceptible to modification.

That is why repeating is so important: it allows brain cells and neurons to strengthen their connections. Some students even hire a college essay writing service to delegate homework so they can concentrate on learning and practicing the material. So, let’s figure out how to repeat effectively.

At Least One Repeating Of Material Is A Rule

Let’s take a look at one of the first studies of successful repeating, which took place in 1925. The students were then divided into two groups by the researchers. The first group listened to the text six times in a row, while the second group listened to it three times in a row on one day and three times every three days. The students were required to repeat what they had heard twice: right after listening to the material six times and four weeks afterward.

The first group, whose participants listened to the material six times in a row, had the best results immediately after listening. The second group, on the other hand, discovered that they remembered the material considerably better than the first after four weeks. And the groups weren’t even completed any actual activities for these tests. Learners can still use the best essay writing service to retain a lot of course material – it’s simply a matter of remembering things well.

If you merely want a grade, memorizing all of the material the night before the exam is the best technique. If you want to learn something for the long term, you’ll have to go over it at least once more.

Is interval training effective? If that’s the case, what’s the best time interval to use?

Hermann Ebbinghaus, a German psychologist, attempted to address these issues as early as 1885. He created a forgetting curve based on tests that depicted how quickly humans forget knowledge. The trials of Ebbinghaus sparked more memory research and the creation of efficient memory algorithms.

Scientists created interval repeating methods as a result, which gradually increase the time between repeatings. In the 2014 study, two groups of students were compared: the first studied foreign words for four weeks with the same repeating intervals, while the second studied them with increasing intervals. In the final test, the second group performed the best.

Not Everything Appears To Be Clear

The appropriate interval between studying the material and repeating is currently being debated by researchers. It is now suggested that you concentrate on the deadline and the purpose for which you are trying to memorize the material. If you’re finding that your regular academic workload is interfering with your exam preparation, you may consider using an essay writing service.

Between the first study and the time when it is important to recall, the most effective repeat interval is 10-20% of the time. If the exam is in a week, for example, it is advisable to study the content and go over it again the next day. And if you want to recall everything you studied over a year, you must go over the information three times in three weeks.

How To Make The Perfect Virtual Gift For Someone Special

Gifting Term Insurance to your loved ones – How to go about it?