If you are an international student seeking to pursue your education abroad, a foreign employee hunting for career opportunities overseas, or even a person looking for a new break in foreign lands, then you’ve probably heard of the IELTS test. IELTS, which stands for International English Language Testing System, is primarily a test that evaluates your English language skills and gives you, the candidate, a basis of what it takes to live in a country different than your own. 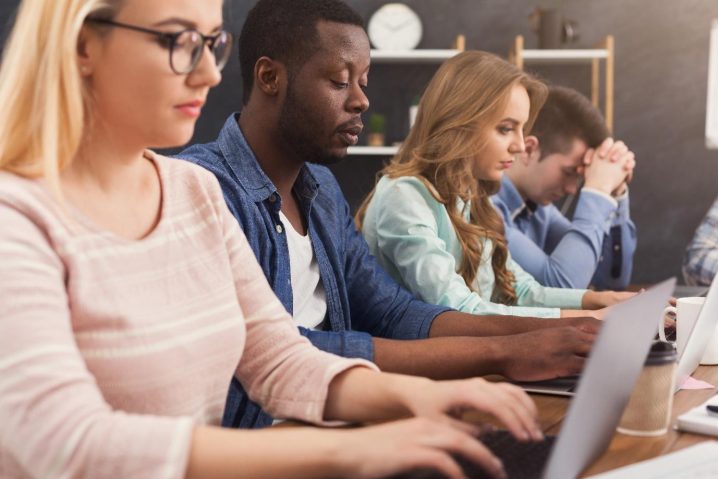 Living in a world ruled by technology and belonging in societies where high-tech devices are more sought for than old school means, computer-based approaches are hitting an all-time high. The IELTS is no different, now candidates can undergo the IELTS test experience on a computer rather than on a sheet of paper and trust us when we say it’s going to change the world. Candidates who have been tested on the paper-based version of the IELTS will notice the difference in a few aspects in comparison with the computer-delivered IELTS test. However, if you’re wondering which one is easier, you can take our word when we say they’re both the same, same questions with a different tech approach. So basically, your computer-based IELTS result would be the same if you went for the paper-based version. Which version is right for you? Let us get into the differences to help you make up your mind.

Starting off the comparison with the number of candidates who will be joining you in the test hall; 200 – 400 applicants will share the same roof with you in the paper-based test, while you will be one of the 22 candidates in a quiet testing room in the computer-delivered IELTS. This might seem like a side note to a few, but some people’s focus and concentration can be easily altered when surrounded by that many people in one space. Another difference to consider is the venue in which you will be tested in; unlike the paper-based version whose test locations vary, the computer-based IELTS has a dedicated single venue for all IELTS tests.

Reporting time for the computer-based IELTS is only 45 minutes prior to the test, whereas it is 1 hour and 45 minutes prior to the paper-based IELTS. When being sat for the test, and when it comes to the paper-based version, you will be handed a traditional pen and paper and that’s about it, any changes and amendments or even word count will be done manually. On the other hand, you’ll get countless digital tools in the computer-based test; from automatic word count, font and text adjustments, and even an additional scribble sheet that you can use at your own convenience during the testing period.

Considering that the test date availability of the computerized test is more frequent than the traditional; everyday up to three times per day as opposed to only four times per month, the results time frame of each version differ accordingly. The paper-based version will provide you with the results within two weeks of the day you conducted your test, while the computerized version’s results will be available in five to seven days from the date of your examination.

At the end, it all comes down to your personal preference and whatever version you think will be right for you. Some people got used to paper-based tests and would rather write things down than type them on a screen, while others like to go for the automated version and use the headphones to aid in concentration and focus.

Will I Benefit from a Step-Through Electric Bike?

Health Tips for People on Their Feet All Day