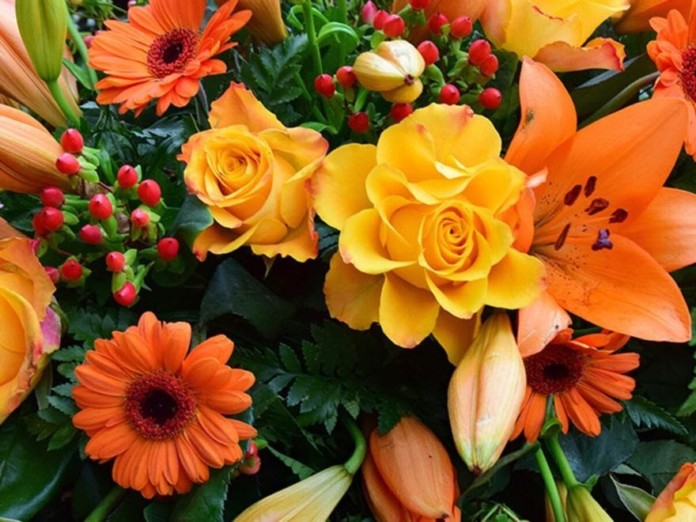 For ages, people have been giving flowers to show affection, appreciation, and sympathy. Flowers have a special effect on people who appreciate their beauty and essence. That said, we look at five of the most popular flowers to help you pick the right one to send to that special someone. So, without further ado, let’s begin.

This shouldn’t come as a surprise, roses are among the most popular flowers in the world. About 51 percent of people buy roses each year for Valentine’s Day according to a study. That’s because these flowers not only look beautiful but they also smell beautiful, and that didn’t happen overnight.

Roses are one of the oldest species of flowers with fossils dating back to 35 million years. It’s amazing to think that these flowers spent this much time only to evolve and become one of God’s most beautiful creations. Their grace and elegance are unmatched, making them the perfect gift for that special someone.

All flowers are beautiful, but tulips take that to another level. They’re arguably one of the most symmetrical flowers in existence with each bloom having three petals and three sepals. And because the sepals are almost of the same shape and size as the petals, they appear to have six of them connected to a bulb.

Their symmetrical beauty did not come unappreciated as tulips became one of the most expensive flowers at some point in history. It has been said that in the 1600s, tulip flowers can cost 10 times the average salary of a working individual.

It’s not surprising that up until today, tulips are considered one of the most beautiful flowers. And while they’re still as beautiful as ever, sending a tulip to a loved one nowadays won’t cost you a fortune.

Bright and energetic, sunflowers are the perfect flowers to send to a recovering family member or to a sad friend whom you want to cheer up. These flowers are known to brighten up the room and improve the mood of those who receive them. But there’s more to sunflowers than meets the eye.

They were once the object of one of the most famous painters in history, Vincent van Gogh, who helped elevate the sunflower’s status and change the way people looked at sunflowers ever since. Several artists in the likes of Diego Rivera, Alfred Gockel, and Paul Gauguin followed suit.

Those who think they know sunflowers might be in for a surprise because their iconic yellow colour isn’t the only hue this flower can conjure. There are red and purple varieties of sunflowers.

So, make sure to remember that the next time you want to send someone a sunflower. Who knows, you might make their day even better by giving them a red or a purple one.

Ever heard of Don McLean’s Vincent? Daffodils are so beautiful that the legendary American folk-rock singer-songwriter included this flower in the lyrics of one of his most iconic songs.

Daffodils come in a variety of colours including white, pink, and orange. And despite their beauty, daffodils hide a fatal secret. Daffodil bulbs are poisonous, they contain Lycorine, a substance that can make both humans and animals sick. In fact, the sap from their cut stems can damage other flowers when put together in a vase.

That said, be more cautious when giving a loved one daffodils. These flowers are beautiful but deadly.

If you know someone fond of cultivating flowering plants, then giving them orchids would be a grand idea. But be careful when choosing an orchid you’d want to give as some species are fragile and can be extremely expensive.

The Gold of Kinabalu Orchid, a rare variety, is said to cost around AUD6,457, which is a lot for a single stem.

Most orchids take about five to seven years to bloom. Those sold in stores are said to be decades old. Hence, the expensive price tag. However, under the right conditions, these flowering plants can be easy to grow and can re-bloom several times a year.

So, what do you think of our list? We wanted to give you not just a list of the best flowers, but some interesting facts behind them. We thought that it adds a little more meaning to the flowers and contributes to why they are so popular. Visit your nearest florist like the The Petal Room for amazing flower gifts to give to that special someone.

We hope that you can pick the right flower to send your loved one using the list we have above.

Types of Giant Buddha Statues for Your Garden

Top Tips For Growing Your Own Vegetables