Search
Home Top What is Europe’s most artistic country? 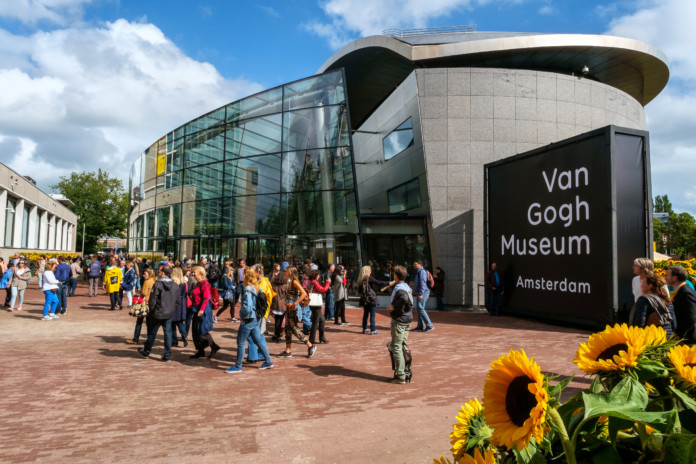 A study has found that the UK is the second most artistic country in Europe, after the Netherlands.

The research, conducted by cutting machine pattern supplier Design Bundles, analyzed several different factors for each country, giving a score out of ten for each factor and adding them up to find the winner.

The factors were: The number of most visited museums each country has, how much the government spends on cultural services, how many art institutions there are, the number of art students, and the value of the country’s cultural exports.

With a score of 28.3 out of 50, the UK ranks second place, only just missing out on the top spot by the Netherlands, which scored 29.4.

As well as scoring ten-out-of-ten for having the most highly visited museums, the Netherlands scored 7.7 for the value of its cultural exports and 5.3 for the number of art students in the country, all of which helped put it in first place overall.

The UK comes second due to its index score often in the cultural exports category and nine for the number of top museum visitations. It’s also thanks to a score of 6.3 for the number of pupils studying art in the country.

Despite its population of just under two million, Latvia takes third place for its maximum score of ten for art schools, colleges, and universities and scoring 9.1 for government spending on cultural services.

Although France’s Le Louvre was Europe’s most visited museum in 2019, with this study awarding the country a 5.3 for museum visits, France only comes fifth in the artistic country league because of low scores in the number of art institutions and art students categories.

More than half of the countries in this study scored zero for visits to popular museums. Despite scoring highly for government funding of cultural services, Latvia, Estonia, and Iceland received no points for museum visits, as did Norway, Belgium, and Ireland.

What’s also surprising is that Ireland came top for the number of art students in higher education but scored less than five in every other category, putting it in seventh place overall.

What are Europe’s top three most artistic countries?

According to the research, the top three most artistic countries in Europe are the Netherlands, the UK, and Latvia. Here’s why:

The Netherlands’ capital of Amsterdam is an art-lovers paradise, with both the Rijksmuseum and Van Gogh museums featuring in the world’s top 20 most visited museums, welcoming 2.7 and 2.1 million visits respectively in 2019.

Most visitors to the Rijksmuseum come for Rembrandt’s ‘The Night Watch’, but as the country’s most extensive collection of art, there are many other pieces to admire here too.

Fans of Van Gogh will be rewarded with 200 paintings and 500 drawings on display in the Van Gogh Museum, including one of his much appreciated ‘Sunflowers’ paintings.

The UK is steeped in art, culture, and history. Its capital city is home to many museums and galleries, such as the British Museum and the Tate Modern, which were 2019’s third and fourth most visited museums in Europe.

Van Gogh fans will be able to admire his ‘Sunflowers’ here too – at the National Gallery, which holds more than 2,300 pieces spanning seven hundred years. Visitors will also find Velázquez’s ‘Rokeby Venus’, as well as works by late medieval and Renaissance Italy to French impressionists and everything in between.

Modern art enthusiasts should head to the Tate Modern, where they’ll find works by the likes of Picasso and Warhol, and there are cutting-edge contemporary pieces on display at the Saatchi Gallery too.

As well as having a large concentration of seven art educational institutions in Riga, Latvia’s capital has the highest concentration of Art Nouveau in the world, with a third of the architecture in the center of town made up of the art form. Medieval architecture is present here too and the old town is now a UNESCO World Heritage Site.

Some of the best art galleries in Riga include the Art Museum Riga Bourse, which houses the ‘Gondola’ sculpture by world-famous Russian artist Dmitry Gutov, and the Latvian National Museum of Art, which is recommended for visitors who want to learn about classical art of Latvia.

What are the ten most artistic countries in Europe?

The full results of Design Bundles’ research are as follows:

“This research paints an interesting picture of Europe’s best place to be an art lover,” says a spokesperson for Design Bundles. “The Netherlands has produced great artists such as Rembrandt, Vermeer, and van Gogh, and it continues to do them proud with its commitment to art and creativity. Meanwhile, countries such as Italy and France, which have their own amazing artistic heritage, are outranked by nations such as Latvia and Estonia, which have committed more resources comparatively to art funding and education.”

How To Make The Perfect Virtual Gift For Someone Special

Gifting Term Insurance to your loved ones – How to go about it?